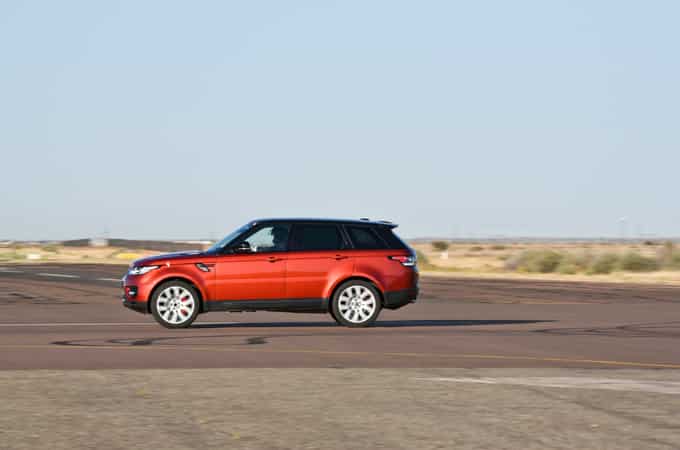 The Range Rover Sport is officially* the fastest 4x4 in South Africa. Land Rover recently used the supercharged V8-powered luxury SUV to speed across the flying kilometre, at Upington Airport’s 4 900 metre runway. Split laser-based timing sensors confirmed an average speed of 250.62km/h, for both runs completed by the 375kW off-roader. With this speed, the Range Rover Sport now holds the class record for petrol-powered SUVs.

The most agile and dynamic member of the Range Rover family proved its mettle on an open stretch of tar in Upington, and lived up to its claimed top speed of 250km/h (electronically limited). However, its performance, versatility, and capabilities are by no means limited, and it remains a Land Rover product through and through.

“Thanks to its lightweight aluminium architecture, we would go as far as saying that the Range Rover Sport is the only car in the world that can safely do 250km/h, carve up mountain passes, easily scale rocky trails, cross water as deep as 850mm, and tow a horse box,” said Lisa Mallett, Marketing and Communications Director at Jaguar Land Rover South Africa and sub-Sahara Africa. “With that breadth of capability it really is a super car. Plus those abilities don’t come at the expense of luxurious Oxford leather trim, satellite navigation and a Meridian audio system.”

Joining the 5.0-litre supercharged Range Rover Sport on the runway was its diesel-powered stablemate. With its 4.4-litre V8 turbo diesel engine, boasting a power output of 250kW and an effortless 740Nm of torque, it achieved a class record speed of 213.53km/h.