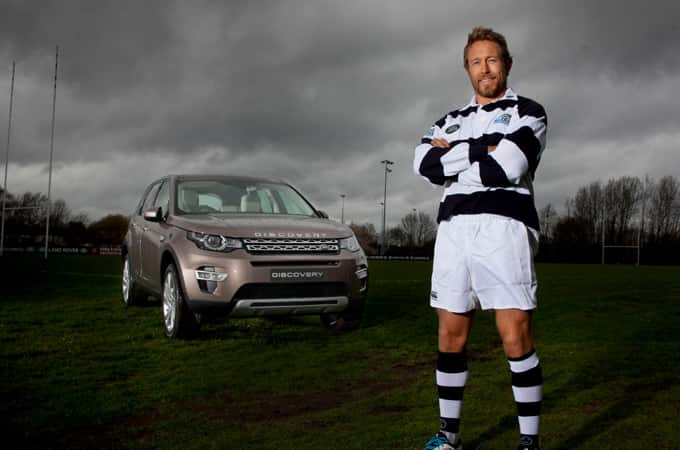 Land Rover yesterday launched its Rugby World Cup 2015 campaign by asking some of its most high-profile Rugby ambassadors to lend a hand at a grassroots match in Hampshire, England.

Rewarding amateur side Racal Decca RFC, recognised as the 'Smallest Rugby Club in the World', for its commitment to Rugby, Land Rover provided a host of the game’s biggest names to assist in the routine matchday preparations and give the side a once in a lifetime experience.

As the side prepared to take on rivals Streatham-Croydon 3rds, Land Rover surprised the two teams by calling on a world class line up of Rugby World Cup winners from all across the globe. The legends past and present, which boasted five Rugby World Cup winners’ medals, fulfilled all the essential roles that thousands of amateur players at grassroots clubs around the world undertake in order to play a game of Rugby.

With neither side aware of the activity being conducted it came as quite a surprise when Sir Clive Woodward, Rugby World Cup winning coach with England in 2003, arrived to conduct a pre-match team talk. After putting on their matchday jerseys, which had been laid out with care by Will Greenwood, a team member of that 2003 winning side, and Bryan Habana, himself a Rugby World Cup winner with South Africa, the teams were put through their paces in a warm-up led by former Scotland captain Kelly Brown. 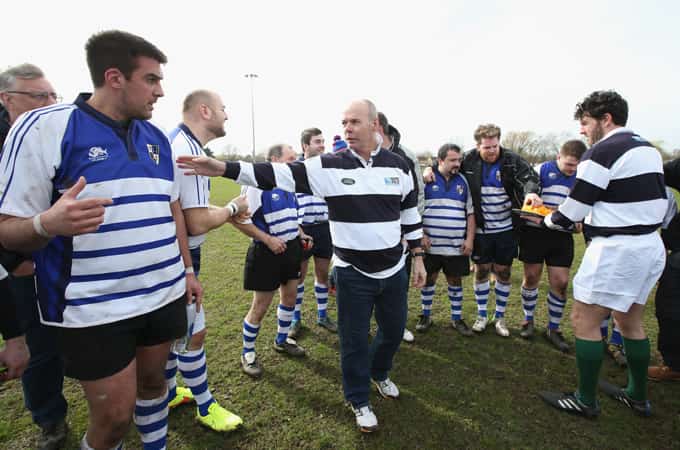 The event marked the launch of Land Rover’s Rugby World Cup 2015 sponsorship campaign, ‘We Deal In Real’. As a Worldwide Partner of the Tournament, Land Rover will be putting clubs such as Racal Decca at the heart of their campaign, showcasing the real spirit of the game around the world and putting grassroots clubs and players onto the global stage.

Hosted at a neutral venue in Hampshire, due to neither side having their own clubhouse, the teams were further surprised on arrival at the site of the coveted Webb Ellis Cup, which will be lifted by the winner of Rugby World Cup 2015 on 31st October.

With the game underway, Racal Decca were awarded a penalty in front of the posts by referee Hayden Sarjeant, a Maintenance Supervisor at the Jaguar Land Rover Castle Bromwich Assembly Plant, and a referee for the Warwickshire Society of Referees. After being handed the kicking tee by Jonny Wilkinson, kicker Robert Holmes confidently put three points on the scoreboard. Rugby World Cup winner with New Zealand Brad Thorn was on hand with the water bottles, while former French winger Benjamin Fall and Shane Horgan, who was capped 65 times for Ireland, ran on the oranges at half time.

Robert Holmes, Hon. Secretary and Treasurer of Racal Decca RFC, said, “We often struggle for numbers to make up the 15 places on the teamsheet, yet remain a strong community by priding ourselves on having fun whilst remaining true to the discipline and respect that Rugby teaches. To be rewarded with such a wealth of international Rugby talent assisting us with our matchday activities has been a truly unforgettable experience.” 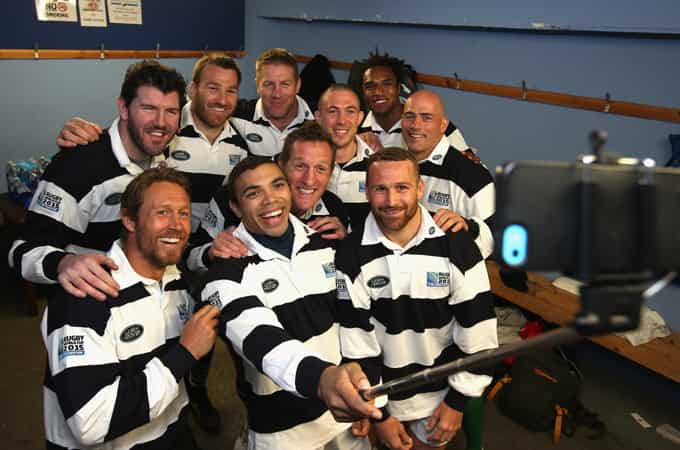 Land Rover Ambassador Jonny Wilkinson said, “Racal Decca RFC and Streatham Croydon 3rds, just like thousands of similar small Rugby clubs around the world, have shown an incredible commitment to the game and it is admirable that a love of the game remains at the core of everything they do. Passion and commitment are the very foundations of the game of Rugby and Racal Decca are testament to that continued devotion to the sport. It has been an honour to be part of today’s Land Rover event, and to remember what makes grassroots rugby so special.”

Land Rover ambassador Bryan Habana added, “Today has been a fantastic and enjoyable reminder to me, and all the players involved, of the true heart of the Game we are all so privileged to play at the top level. It was great fun to lend a hand and reward these two special teams.”

Mark Cameron, Jaguar Land Rover Global Brand Experience Director, said “Land Rover has been at the heart of rugby, from the grassroots to the elite, for over two decades. We share the same passion, resolve and integrity that sits within the core of the game. It is therefore fitting that our sponsorship campaign around the pinnacle of the game, Rugby World Cup 2015, will bring the grassroots to the fore. Building on this long heritage within Rugby, ‘We Deal In Real’ aims to give grassroots clubs the opportunity to experience the media spotlight, whilst staying true to Land Rover’s brand values.”