Land Rover South Africa continues to be a proud partner of the DHL Stormers and DHL Western Province.

Land Rover South Africa continues to be a proud partner of the DHL Stormers and DHL Western Province for their onslaught on the Currie Cup, Vodacom Cup, and Vodacom Super Rugby tournaments. 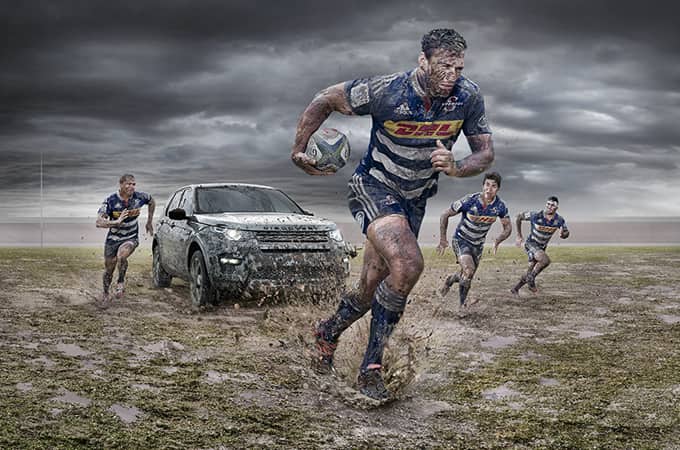 Our involvement with rugby extends over two decades, from grassroots to the pinnacle of the sport all around the world. While Land Rover will been seen on the Stormers’ shirts and around Newlands in Cape Town, it will also share proud spots amongst the Rugby World Cup as one of the headline sponsors.

Land Rover has earned its stripes with the Stormers, coining the phrase “Mud Brothers” as the two show their distinct capabilities out in the field. A natural brotherhood exists between Land Rover and the DHL Stormers and DHL Western Province. Both are rugged, resilient and capable, and of course, love playing in the mud – all traits that have become the inspiration behind the 2015 rugby season campaign, #Mudbrothers.

In addition to distinctive branding on the team kit, a number of Western Province athletes and management also have the use of Land Rover vehicles, including models such as the iconic Defender and the luxurious Range Rover. The newest member of the Land Rover family – the Discovery Sport – will also join in on the muddy action.